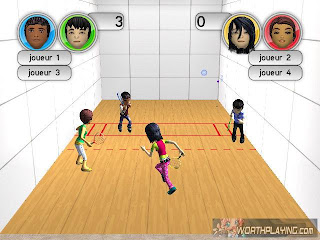 Warner Bros. Interactive has announced the release of Game Party 3, which hits stores across North America today. The game is the third installment of a series that has sold over 3 million copies worldwide. Game Party 3 includes 19 mini-games, 8 of which are brand new. Some of the newcomers include Mini Golf, Billards, Racquetball and even a remake of Root Beer Tapper.