Dittrich to be inducted into MN state’s racquetball HOF 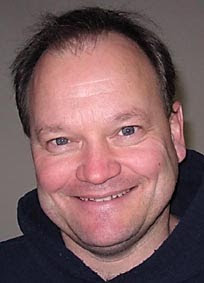 For nearly 30 years, Eagle Lake native Mike Dittrich has been a dominant racquetball player in Mankato. He has not only been the best player in town for more than two decades, but he has served the sport as a board member for the Minnesota Racquetball Association for more than 20 years.

Dittrich’s accomplishments and contributions have not gone unnoticed. On Saturday, Jan. 16, Dittrich will be officially inducted into the MRA Hall of Fame. Induction ceremonies will take place in conjunction with the annual Hall of Fame banquet and tournament at Central Courts in Columbia Heights.

“They’ve been inducting one or two people a year, and I guess they got deep enough on the list to finally pick me,” the modest Dittrich said this week. “It’s something to be proud of. I guess it means I’ve been hanging around for awhile.”

Dittrich, 49, started playing in 1979 at the age of 18. He needed a sport to take up out of high school and his father, Les, was already an accomplished player, so it was a natural transition. Within three to four years, Mike became one of the top players in town.

He continued to get better and has proven himself one of the top players in the state since the mid 1980s. He and partner Greg Hayenga of St. Cloud have won more than 20 state doubles titles together.

Dittrich has also won a couple of state singles titles and has reached the state semifinals in his age group too many times to remember.

“I usually lose to (Hayenga) in singles,” Dittrich said. “I always kid him that I’m more tired than he is because he makes me play the left side in doubles and that’s more work.”

The Mankato East graduate has also played in some national tournaments and held his own, often reaching the quarterfinal round before getting eliminated.

“Nationals is a whole different animal,” he said. “Lots of times you run into an ex-pro who’s still pretty darn good.”

Mike said the neatest thing about going into the Hall of Fame is that he will be joining his father there. Les Dittrich was inducted about 15 years ago.

“As far as I know there’s only one other father-son combination in the Hall,” Mike said. “That’s a pretty unique honor. I owe him a lot; he’s the one that got me started.”

Mike and Les always have been close, physically active and competitive. Ten years ago they embarked on an extended bike ride together, traveling from Eagle Lake to Washington D.C. to raise money to fight cancer. They covered 1,756 miles in 17 days before flying back home.

Mike’s immediate goal is win back the Mankato singles title he lost to Scott Schaffer last year. Dittrich had a string of more than 20 straight city singles titles broken by Schaffer, and he’d like the championship back.

“It’s not a disgrace to lose to Scott; he’s a very good player,” Dittrich said. “I’d just like another shot at him this year.”