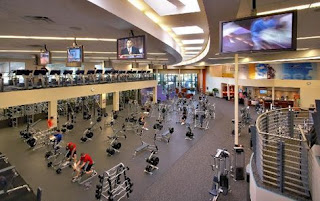 LA Fitness is a privately owned American health club chain with over 300 clubs and over 1.5 million members across 21 US states and Canada as of 2009. The company was formed in 1984 and is based in Irvine, California. The american and canadian La Fitness chain has nothing to do with the English chain also called La Fitness.

Madison Dearborn's chairman, John Canning, Jr., is also a minority owner of the Milwaukee Brewers baseball team and submitted an ultimately unsuccessful bid to buy the Chicago Cubs.
MDP has 14 billion dollars in assets and on May 2007 paid 600 million dollars for the rights to manage the health club.

Seidler equity partners have 1 billion dollars under their management and La Fitness is one of the companies under thier portofolio.

CIVC is another private equity firm that has 1 billion dollars in assets. La Fitness is one of their largest investments.