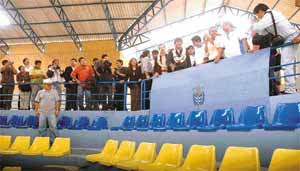 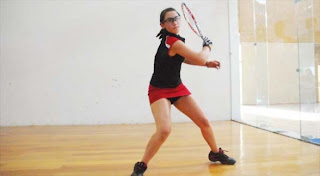 The Racquetball Complex is a public facility that has 12 courts and it was inaugurated on December 2008. Two of the courts have stadium seating with capacity for 1,300 people. The complex also has two training rooms, a press room, a restaurant, full size locker rooms with showers and other facilities. The hours of operation are from 6 am to 10 pm since the Bolivian Government wanted to make sure that everyone will have a chance to play.

The Complex was actually inaugurated by Mr. Evo Morales who is the president of Bolivia. On the inauguration day, the opening ceremony was a racquetball match between Mr. Evo Morales and his prime minister Mr. Gonzalo Terceros which in fact are regular racquetball players. After the match, the National Bolivian Junior tournament took over the complex.

The first Open tournament of the year played at the Cochabamba Country Club had Jorge Zambrana and Yasmine Sabja as winners.
Posted by Mauro at 3:38 AM