Results for Nationals in Bolivia 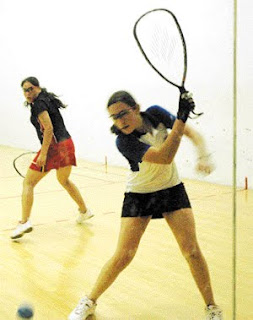 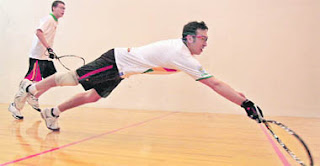 Ricardo Monroy from Santa Cruz and Yazmine Sabja from Cochabamba are the national champions in the open division in a tournament that took place in city of Santa Cruz. The event was also a qualifier for the World Championships to be played in South Korea in August this year.

Monroy defeated in the final his compatriot Carlos Keller by two sets to zero, but the game was pretty even and the scores were 15-11 and 15-9.

The women's final was a great dispute, as it was defined in three sets, Sabja faced in a decisive game Jenny Daza from Santa Cruz , who had to settle for runner. The local player was the one who won the first set, the score was 15-13, tied the game Sabja the second set by winning 15-11, while in the third set Yazmine clinched victory with a score of 11-8.

The doubles champions were Ricardo Monroy and Carlos Keller, winning the finals against Felipe Mercado from Cochabamba and Nelson Aguilar from La Paz, the score for the win was 15-12 and 15 -6.
Congratulations Ricardo and Yazmine !!!!
Posted by Mauro at 8:22 PM