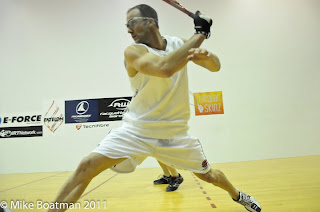 Rocky Carson joins a team of passionate racquetball coaches and players who are committed to growing the sport of racquetball and fighting the epidemic of obesity. The Racquetball Coaches Network (RCN) sees the value that professional racquetball brings to sports entertainment, and one way they share their passion for fitness is by their individual work as Independent Team Beachbody Coaches. Rocky shares a passion when it comes to growing the sport and being a part of the RCN only reinforces the strength of this pioneering network team. “I’m very excited about what the Racquetball Coaches Network can do for those who want to improve their game”, says Rocky Carson. The RCN puts a focused effort into introducing new people to the game through coaching, clubs, leagues, lessons and more. They hold conference calls for coaches in the network to share different ideas on growing the sport and one by one doing everything they can to introduce new players to the sport. The Network consists of coaches and players of the sport. The bottom line every season is the Indiana Pro Am Tier 1 event held in Terre Haute, IN. This tournament exists for one reason and that is to help grow the sport of racquetball and help professional racquetball players make more income. The fruition of the RCN’s action is our Indiana Pro Am. Our goal for the event is to increase prize money year after year. With coaches across the country, the RCN offers different avenues for a player to improve their game and help their coaches get paid 11 different ways. The timing is great for racquetball as a whole as we continue to see signs of growth within the sport. As of July 2009 Racquetball and Tennis were the only sports that showed signs of growth as the other major sports showed decline over the prior 9 years. As of this release there are coaches in the following states: Alabama, California, Florida, Georgia, Indiana, Kansas, Michigan, Montana, and Rhode Island. This number is sure to grow after the joining of Rocky Carson. Rocky firmly believes from a marketing standpoint it is important that the International Racquetball Tour (IRT) players play good and look good on and off the court. That is one of the main reasons why he joined this Network of Racquetball Coaches.
Posted by Mauro at 4:53 PM